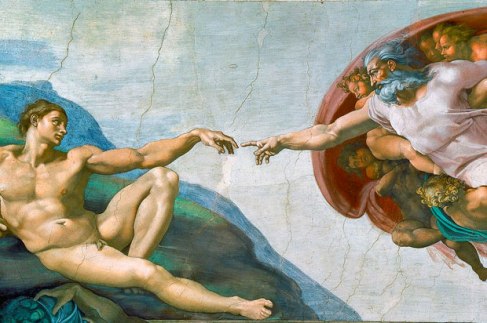 “Imagination is more important than knowledge. Knowledge is limited. Imagination encircles the world” is a well known quote of Albert Einstein. The insights one can derive from Einstein’s wisdom are powerful enough to shed light into humanity’s future.

But before jumping to the future, let’s take a step back and attempt to frame, in general terms, humanity’s current state. The multiparty democratic construct supported by a free market economy was challenged in the last hundred years by at least two competing totalitarian ideologies and thankfully, it has been reaffirmed as the best model for human organization we know. So Winston Churchill was probably right when he declared in 1947 that “democracy is the worst form of government except for all those others that have been tried”. Diversity and competition, two mechanisms that served the natural world so well, appear to be the most viable means by which social systems can also evolve. But social systems are different than natural systems. Besides diversity and competition, social systems also include compassion. And so, the modern democratic construct is itself polarized around two dominant ideologies, which are more aligned with either compassion or competition. So far so good. Now let’s take a closer look at the competitive mechanism.

Creativity is one of the most unique, and arguably most beautiful facets of the human condition. Its sources are curiosity and passion, human characteristics which are hard to incentivize. Material compensation and reward will not necessarily increase curiosity or passion. Curiosity can be instilled and nurtured, but not bought or coerced.

And so, in my opinion, humanity’s future is predicated on a competitive construct based on an unlimited resource: creativity. This is the next step beyond the so called “knowledge economy”. This type of competitive construct is also in alignment with the best that human nature has to offer; curiosity, passion, dedication, are all positivist sentiments in alignment with compassion, trust and respect. This evolution does present significant challenges to the current bi-polar democratic construct that poises compassion against competition. Consumerism, a key component of the economic engine on which the current democratic construct’s viability depends, is primarily based on limited resources; it will also have to evolve to where humanity becomes a primary consumer of ideas, truth and beauty.