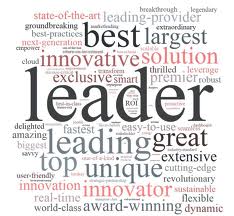 Recently a Washington Post article explored the proliferation of obfuscatory language in our culture (see http://articles.washingtonpost.com/2013-02-06/lifestyle/37026527_1_initiatives-internet-web-site). An excerpt follows below:

“Before the Internet, obfuscatory language was mostly limited to the small world of the interoffice memo, where everyone conspired to be as vague and process-driven as possible — promising nothing concrete while sounding businesslike. Today, however, terms such as “optimize,” “prioritize,” “initiative,” “parameter,” “implement” and “effectuate” have become common parlance on the Web, used unabashedly in endlessly intriguing combinations. There are hundreds of instances of “prioritize the implementation of,” “implement the prioritization of,” “effectuate the implementation of,” etc. The expression “implementation of prioritized initiatives” alone appears on the Internet 2,100 times, more often than some of Pablo Neruda’s lesser-known love poems.”

I would single out as the biggest culprits in promoting useless jargon the big consulting companies and business schools. The big consulting houses sell in theory the same services but try to contrast and compare their offerings and you can get easily lost in a myriad of catch-phrases.

Alongside the business Illuminati, the IT revolution also resulted in an endless list of buzzwords to describe what is essentially “process efficiency”. It’s really funny when IT is sold as a capability to drive strategy, and in general to support or even replace highly creative activities that only humans can perform.

Which brings me to my law of the constancy of the human predicament: as more technology and know-how becomes available, we manage to somehow stay ahead of the simplicity curve so our confusion remains constant relative to progress. And that means there will always be prophets and oracles, i.e. consultants in modern day parlance, as a natural extension of our emotional self.

Everything has changed and nothing’s changed.

So if we were to eliminate all the buzzwords that the consulting and IT industries continue to produce, what would be left? I would venture to say: “problem solving common sense”. As long as there are humans, there will always be problems, and common sense will always be in short supply. Which explains why buzzwords will also always be around: to compensate for the lack of common sense, for which the demand is and will remain bigger than the supply.