There are many models for strategy under uncertainty but few useful metaphors. Just what does strategy under complex, unpredictable conditions look like? Picture yourself attempting to cross a fast moving stream by stepping on small, irregular, slippery and so unstable rocks. Your vision is clear: get to the other side of the stream. You could sit there and contemplate a viable path across the stream, but your plan will be sketchy at best. For one, the water partially obscures many of the stones you’re about to use, making it impossible to make accurate predictions in terms of stability. Off you go. You find out quickly that the best approach is keeping a lightfoot and moving very fast. You never want to lean all your weight on any particular stone. You use each stone with the assumption that it will roll – and so you minimize your time spent on each step. You improvise – you focus on the next viable step, and only see the few stones around it.

END_OF_DOCUMENT_TOKEN_TO_BE_REPLACED 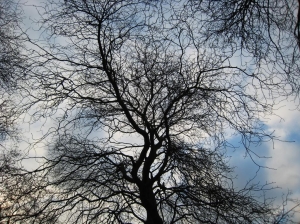 If one were to cut a global cross-section through social classes, nationalities, ethnicities, ages, professions, genders, and so forth, very few commonalities would emerge. And yet, there is I propose just such a common thread: a shared causality mindset, a globally predominant belief in the supremacy of cause and effect.

Since it is people who run our institutions, this belief continues to shape our modern society and even influence to a large extent the technological outcrops of our knowledge economy. From business strategy to macroeconomic models, and from political debates to Big Data, causality is pervasive and its implications profound.

END_OF_DOCUMENT_TOKEN_TO_BE_REPLACED

You’ve probably noticed the growing interest in complexity. And it’s not just scientists. Want proof? The very first sentence in Davos 2013 executive summary pays homage to complexity: “we live in the most complex, interdependent and interconnected era in human history – a reality we know as the hyperconnected world.” As global systemic problems (terrorism, 2008 financial crisis, etc.) proliferate , the interest in the topic is understandable. Democracy, capitalism and other fundamental social constructs are becoming fair game for possible adjustment, or even overhaul. Steve Denning’s “Can Complexity Fix Capitalism” piece in Forbes (http://tinyurl.com/bonnswe) or the 2013 Global Peter Drucker Forum’s “Mastering Complexity” theme are illustrative of the general perception that complexity is the next challenge that humanity must master.

So when everyone’s still struggling with grasping complexity (myself included), I’ve decided to ask the next level question: is there anything beyond?

To go after that question, we first have to capture complexity in a nutshell. I propose we start at the “mechanism” level. Emergence is a key observed complexity mechanism where the outcomes of a collection of building blocks display properties or behaviors that are beyond those of individual blocks. So this means that emergence implies hierarchy. The direction in which the hierarchy is constructed is important. In the case of complexity, smaller things give way to larger things, and so there is an “upward causality”.

Enter 20th century physics. It tells us that all things are made of atoms, and apparently the microscopic scales they inhabit are governed by the paradoxical quantum physics. So taking the upward causality complexity route, atoms form molecules, molecules form cells, and we get to neurons and finally the human brain, ironically the most complex thing we’ve come across in the universe so far. And it too appears to have emergent properties, such as free will and consciousness. Problem solved, the most beautiful of emergent properties of the universe, human consciousness, can be explained with complexity, right? And so, no product of the universe is beyond the grasp of complexity according to the upward causality model.  So complexity appears to be the ultimate barrier and there is nothing beyond it?

Well in order to answer this last question, we would have to reconcile quantum physics with emergence and complexity. And quantum physics presupposes a matter-probability dualism which remains beyond human comprehension. Here’s the problem. The brain supposedly functions based on electrical signal transfer between neurons. And so there is an exchange of energy across a tiny time and space inside your head. But quantum physics includes at least a few observed principles that defy the space-time-energy construct. Take quantum non-locality, where two photons that come in contact can be separated by vast differences, and yet, with no energy exchange they are able to instantaneously affect each other. It’s as if somehow one “knows” about the other. Another interesting phenomenon in quantum physics says that an observer is able to collapse the myriad of parallel probabilities in the quantum world to a single possibility simply by observation alone. It’s as if any choice is possible until the observer intervenes and induces an irreversible choice.

So what happens to all these highly mysterious properties at the quantum level as they are embedded in higher order complex structures such as the brain? Could such quantum properties that appear to presuppose choice have something to do with the free will aspect of human consciousness? What about quantum non-locality? Information processing and communication in the quantum world apparently doesn’t necessarily require a space-time-energy construct, so why should consciousness do so if it is made up of basic quantum particles? What if the brain is not just an electrical computing device but also a quantum computing device? What would that the quantum non-locality principle imply for individual consciousness if it cannot be contained in a space-time? Would that point to a collective consciousness? Does the fact that two subatomic particles “know” their state at a distance or the fact that a subatomic particle appears to “know” it is being observed imply a universal space-time-energy free construct within which complexity can live?  Is this the “fabric” which complexity requires just like Einstein’s space-time is the fabric on which energy-matter can be manifested? And if there is a such a construct, is there a downward causality which influences emergence in a certain direction?  Ultimately is or consciousness a manifestation of the subtle interaction between upward causality emergence and the rules of an elusive space-time-energy invariant construct we have yet to observe?

Apparently I am not the first to ask this question. Amit Goswamy has been a self titled “quantum activist” for quite some time. His background in quantum physics certainly helps him. But what I am additionally proposing in this blog is the exploration of the intersection of quantum physics and complexity sciences. Apparently there is a connection between the two, and attempting to see how they relate might provide at the very least important philosophical insights.

And finally moving ahead to “beyond complexity” when we haven’t yet figured out complexity? Who said exploration has to follow a neat sequence?