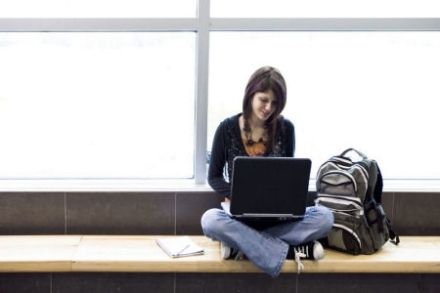 Futurists, scholars and entrepreneurs seem to agree: the higher education establishment will be disrupted in the near future. Thomas Frey foretells the collapse of over 50% of colleges by 2030 while Clay Christensen proposes higher education to be just on the edge of the crevasse. The culprit responsible for the disruption in their view? Technology, or more precisely the increasing availability of online learning to which Michael Saylor would add the proliferation of mobile devices.

My view? There is more to the story than technological disruption. To understand such subtleties, one has to look at the underlying philosophy of education.

As knowledge is fast becoming a commodity, the very business model of traditional education, that of conveying knowledge, will be disrupted. Let me elaborate. I would argue that the traditional model of education was predicated on a robust philosophy. Knowledge was conveyed to the student in the form of recipes applicable to a variety of possible scenarios or situations likely to be encountered in the real world. At the end of the learning experience the student would be in the possession of a catalog of playbooks if you will. And so, at this time, our colleges and universities are still churning out a workforce capable of robustly adressing typical challenges. But what about Nassim Taleb’s Black Swans?

As the world is moving from the knowledge to what Daniel Pink calls the “conceptual economy”, the traditional model of education is at risk. Knowledge is not only becoming abundant and easily accessible, but the “standard” scenarios and situations required by recipes are an endangered species. There are no repeatable scenarios in a complex, causality-blurred world, so why would one invest in recipe solutions? Assuming you agree with me so far, the pragmatist in you might ask about the alternative.

I believe there is such an alternative predicated on a radically different educational philosophy: resilience. If the robust model focused on knowledge itself, an educational model predicated on a resilience mindset would focus on building the capacity or wisdom if you like for evaluating knowledge. Since knowledge is becoming a commodity and since the abundance of recipes guarantees there are conceptual inconsistencies and overlaps, I believe tomorrow’s professionals will pay to learn ways to navigate the fluid knowledge landscape. Skills for making sense of problem ontologies will be more valuable to tomorrow’s student than understanding the specifics of a particular case study. And so, I think we need to teach our future leaders the art of situated knowledge, or knowledge about knowledge, or meta-knowledge.

The mental shift required for accepting this new paradigm will be difficult for educators and students alike. After all, it’s easier for educators to test the accumulation of knowledge than wisdom, and students get that warm, fuzzy, confidence reassuring feeling that comes with the ability to repeat a freshly assimilated trick – recipes are finite while sense-making is a never-ending work in progress. The resilience model is much fuzzier when it comes to both validation and satisfaction. But resilience works in the face of complexity, while robustness and recipes don’t – remember, scenarios don’t repeat! As the Godfather character in the movie with the same name might say, this isn’t personal, it’s just where the future is going. Higher education can either keep up or erode itself. And what about technology? I believe it can have an accelerating effect, but I don’t believe it will be the decisive factor. The establishment could cede the robustness model to technology and successfully make the transition to the resilience model.

4 thoughts on “Why higher education requires a new underlying philosophy”