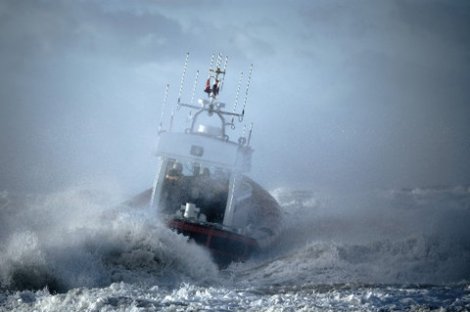 Back in 2006 I was part of Lockheed Martin’s strategy department. I had been with the company for 6 years, and had successfully graduated their 3-year long Leadership Development Program that groomed young professionals into future executives.

I would be traveling regularly to Europe, California, Florida and New York, overseeing a number of advanced research projects and international business partnerships. I was a firm believer in strategy, and the strategic planning process that was so carefully coordinated by smart, battle hardened people with white hair.

That’s when an idea took hold: would all my strategy acumen give me an edge in an emerging economy? Could I be a successful entrepreneur there as opposed to an employee in the U.S.?

I acted on the idea, and, in June 2006 submitted my resignation to Lockheed. A few weeks later I was back in my native Bucharest with adrenaline running high, renovating an old apartment, reconnecting with old friends and the like.

After the proverbial dust settled, I thought out a simple strategy for starting a new business. Eastern Europe had been under an oppressive communist regime for over 50 years. This would have atrophied their business savviness. Naturally, the market would prize management acumen.

In close agreement with the said strategy, my first start-up was a management consulting firm. The company had a slow start but eventually I landed a number of clients. It wasn’t American multinationals as I had initially predicted, but rather local family owned businesses looking to graduate to large business status and European multinationals looking to expand eastward. It also wasn’t high end consulting services that did well, but rather business development support in the case of multinationals and basic business planning in the case of local companies. Finally, it wasn’t conceptual management practice but rather information technology based automation that constituted “consulting” in that market space. And so, in an emerging economy, my strategy did ok but not great.

My second start-up in the area of logistics and transportation services was based on nothing more than wishful thinking. I started with no capital, no technical skills, no human talent, no clients, and no clue whatsoever about the  market space. It fell into the category of “don’t try this at home”. A childhood friend for whom I had facilitated employment with a logistics multinational came to me and said that if I would be willing to spend some time getting some paperwork together, we could have a lucrative logistics business; he would come along as a partner with the technical expertise and an initial list of clients. Six months later with all the paperwork in order we had only made about 100 dollars with one client. It turned out he wasn’t the expert he had claimed, and also that he couldn’t bring any clients whatsoever. I had tried to apply strategy to this new company, segmenting the market and attempting to define targets and even make projections. At some point I realized it was all pointless; we simply had no basis for strategy. I was about to call it quits about 8 months in, when an unexpected opportunity to sign on as a subcontractor to a German pesticide recycling company came out of the blue. We did sign on and activity went from nothing to full load. We even had to hire one more person. This nirvana lasted for a few months but, as with anything that is too good to be true, we were knocked out of the contract by a cheaper and insider supplier. When the revenue dropped to almost zero, we decided to pursue the pesticide manufacturers out of pure survival instinct. I also reached out to several executives in my network who were kind enough to recommend us to their subordinates dealing with logistics. Throughout the period events were too fluid for thinking. In that environment, strategy would have been too slow. We acted, and thought in retrospective. Projections were also useless. Opportunities would show up probabilistically, totally unexpected. I had given up on strategy completely, and yet things were somehow moving forward in a positive trend.

Meanwhile I was still very much strategic with my management consulting firm. To boost our credibility, I brought in a partner from the Big Four. I hired with surgical precision, and all key decisions were backed up by lots of analysis and careful planning. All this didn’t help that much. Of the two companies the logistics one was clearly doing better. Ironically, it was the company where we went with the flow that outpaced the one where I was carefully contemplating each piece of the puzzle. Wishful thinking and determination, i.e. resilience, was winning over strategy and careful thought.

Fast forward to 2014 and the logistics company continues to grow and mature. By contrast I had to temporarily close the management consulting firm back in 2011.

The point? Don’t stress out so much about a perfect plan. The world is always in flux and so resilience and adaptability trump premeditated thought.