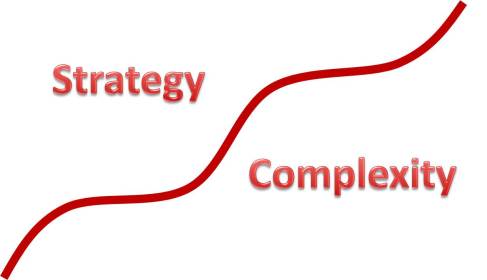 When people ask me what it is that I do, they often act surprised and sometimes suspicious upon hearing my answer: “I solve wicked problems with undefined parameters”; yes, really.

Because problem solving is one of those “soft skills” that we all think we possess, the majority of interlocutors aren’t impressed and quite rudely dismiss me by turning their gaze as they make their escape. My credibility isn’t helped by the fact that I don’t work for IDEO who seems to have developed a monopoly on the niche but lucrative “wicked problem” market – after all, who wouldn’t want an industrial designer or graphic artist solving the most subtle of organizational development or high technology innovation issues? At the very least your money would buy a beautifully symmetric solution.

Back to my introduction, I am aware of the fact that I could be more conventional and open with something like “I enact lasting enterprise transformation solutions” but then I would sound like the cookie cutter big-consulting “talent” on one hand, and on the other I wouldn’t be able to tell apart the curious interlocutors from the mentally inert ones (otherwise great people on a personal level, don’t get me wrong).

Suffice to say that for the interlocutors that linger long enough to muster the curiosity to ask for an example of a “wicked problem” I put on my best attempt at an entertaining conversation that is guaranteed to be a learning experience for both parties. Ok, you got me. I am not completely altruistic: I look at conversations as opportunities to learn.

And so, two weeks ago I found myself at an event where I related to a few special conversation partners what is likely a business consulting industry first: an approach to solving a wicked strategy problem using complexity theory’s phase transitions.

A large and infamous institution heavily invested in innovation needed help in crafting a so-called “portfolio strategy” meant to give coherence and cohesion to the various component projects. The typical solution for this type of problems, alignment via a set of shared performance indicators, had been tried without success; it neither motivated the project owners nor gave executives that reassuring feeling of running the show. In short, nobody was happy. Several large consultancies had been approached and their fixes were variations of the alignment paradigm in disguise. This “more of the same” course was about to be taken in lieu of something better.

When I was brought into the project I had no clue where to start except I knew I needed to get away from the alignment concept. That is because I had experienced the pitfalls of alignment – self-serving bureaucracy as a by-product of quantitative measures intended to lend “objectivity”.

My first conceptual break-through came in the form of a useful distinction between a bottom-up and top-down design. Due to the volume and diversity of projects considered, a bottom-up architecture would not be able to avoid the alignment conundrum I thought. The projects simply had too little in common and so common performance criteria would force fit them into neat categories that would look good on paper but prove rigid in practice, generating – you guessed it – costly bureaucracy. Further, I could not see how a project categorization driven strategy would inspire anyone: you stretch out of your category to reach the…next higher level category?

That’s when I started to entertain a top-down design idea. I liked the top-down idea at first because I thought it lended itself to simplicity – a get out of the weeds opportunity if you will. But then I was back where I started: the top-down strategy, whatever its shape and form, would still need to embed an “alignment” mechanism that tied it to the lower level projects – bummer.

Enter complexity theory. Realizing the close relationship between alignment and quantitative criteria, I started pondering qualitative features instead. Phase transitions immediately came to mind. I could relate complexity’s phase transitions to a qualitative strategy because they rely on properties emerging out of interactions that are more than the sum of the individual parts (projects in our special case). They provide the mechanism for one plus one to be more than two, defying quantitative calculus. Individual innovation projects would have the opportunity to come together and drive something inspiring: a qualitative innovative leap to a new performance level inaccessible by way of incremental improvements. Now that’s a stretch worthy of the risks!

The strategy was therefore architected around three such “phase transitions” representing major innovation leaps. The phases were defined through descriptive statements that provided objectivity while avoiding the use of quantitative criteria. These were ingeniously left up to the individual projects to propose and enforce.

By virtue of its simplicity the strategy development cost (consulting fees) was reduced significantly – one designer instead of several subject matter experts and analysts. Moreover, the qualitative feature avoided the need to invest in cumbersome bureaucratic scaffolding necessary to stand up and maintain a quantitative variant – no need for new labor and software. With millions saved in total lifetime costs, the strategy proved inspiring and effective at the same time.

There were also challenges. The “phase transition” terminology was rejected by the client. This resulted in some of the more subtle qualitative features of the strategy being lost in translation. From my point of view if the customer has a solution that works it matters less if he or she fully understands precisely why it works. It is a compromise I am willing to live with.

Finally there were political repercussions. Even though the engagement was a success and the client authorized follow-on funding, I was conveniently removed from the team. The elimination of the need for expensive subject matter and analyst labor in strategy consulting was perceived as a threat to the job security of those keeping the client hostage to complicated quantitative schemes, to those very weeds I was trying to elevate the debate out from.

In conclusion, shame on me for not working for a big brand consulting firm. But you would be mistaken to assume I am anti-social when it comes to my peer consultants. I do attend the Global Peter Drucker Forum! I also very much enjoy the freedom to write this piece and am not afraid of being thrown out of project teams for trying to do Peter Drucker’s “right things”.