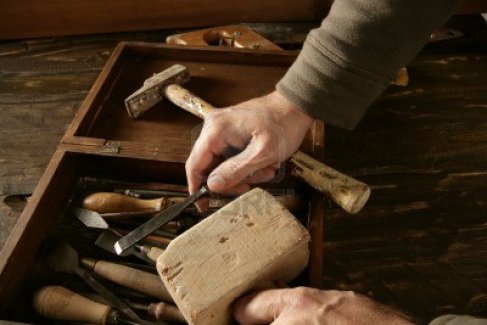 Resilience will receive a lot of attention as the complexity of our world increases. Below is a brief description of the logical correspondence between complexity and resilience, followed by a succinct primer on mechanisms of resilience. But first, a bit of history is in order.

Before the Industrial Revolution reliability wasn’t a granted thing. The whole concept of craftsmanship was intrinsically tied to the idea that the quality of the output varied widely with each individual. This lack of uniform standards meant that the benefits of scale economies were out of reach. The big invention fostered by the Industrial Revolution was reliability (arguably at the expense of craftsmanship). Process and procedures become more important than human skill, and indeed people were expected to perform as reliably as machines. This was possible as long as the output was predominantly physical in nature. So one could venture to guess that the biggest “unseen” output of the world in the last 100 years is standards, procedures and processes.

But as the rate of technology innovation and insertion is increasing so is complexity. Picture just one example: two technologies produced by two vendors have each very well defined “how to” procedures. However since the two technologies belong to two different parent companies, there isn’t someone out there worrying about procedures managing the possible interaction. Now scale the argument by a hundred fold and the number of possible interactions increases exponentially. Even if we decided to institute a body whose sole purpose is to create procedures to manage the interaction of various technologies, there wouldn’t be enough time and resources to tackle this endeavor. And so, the same procedures that have served us so well in the Industrial and Knowledge Economies, will fall short in helping us with the complexities of the Conceptual Economy.

Here’s where resilience comes into play. Resilience brings back the “non-reliable” (i.e. adaptive) character of human intelligence. What was seen in the Industrial Revolution as a fallacy of humans, improvisation, will likely make a forceful comeback. Consulting companies have long used jazz-bands and symphony orchestras to advertise performance. But there was a clear disconnect between pictures and words: performance really is more closely related to reliability than complexity. Now resilience works in a complex world precisely because it expects the human to improvise in order to cover the gap between the performance space covered by procedures and the larger space of possibilities yielded by unforeseen interactions.

This brings me to the mechanisms of resilience. I’ve already alluded to the adaptive mechanism that relies on the unique human ability to improvise. There is also a second, structural mechanism of resilience. This structural mechanism provides the build-in buffers within which improvisation can safely happen without degrading the functional coherence of the larger system. In the jazz-band analogy, the drum beat provides the structure within which solo instruments can improvise. And so I strongly believe the world will again come to rely on craftsmanship. I am however unsure as to how we will get there; for example, I am still unclear as to how popular concepts like crowd-sourcing score against the resilience mechanisms criteria I have just reviewed.